It’s often mentioned how divisive our culture has become. Virtually everyone can see it and it stems mostly from current political differences. But what bothers me is that pundits and others act as though this is all just some slow moving natural evolution, and we had been trending in this direction all along and now this is just where we all ended up. But I believe that couldn’t be further from the truth. Of course, political division has always been present. It builds and then it subsides before repeating the cycle, but it has always been a part of American life. But in 2016 there a was a sudden increase in this division that was so large it became palpable to most Americans. And what caused this was the fact that the campaign of Hillary Clinton, the DNC, and her fundraisers spent over $1 billion trying to convince Americans that half the country is racist and irredeemable.

This Democratic strategy of demonizing not only Trump, but his voters, is unprecedented in modern politics. Make no doubt, previous presidential campaigns have been ugly, and the opposing candidate’s voters are almost always considered “clueless” by the other side, but they are never vilified to the point of being called racists or compared to Nazis. This was a new scorched earth strategy that, combined with over $1 billion in funding, has caused a huge rift among the American people. And it’s a rift that may take some to mend.

To put that amount of spending in perspective when trying to convince the public of something, let’s look at some other large scale marketing campaigns. The reason I mention marketing campaigns is because that’s exactly what the DNC and Hillary Clinton set loose on the American people. A marketing campaign to deliver the false message that half of America is evil.

A major motion picture like a Marvel Studios movie has a marketing budget. The recent Avengers Infinity War movie had a record setting $150 million promotional budget. When promotional budgets like that are unleashed, their message is almost impossible to ignore in modern culture. The movie is advertised on television, during other movies, on billboards, in stores, and even on drink cups when you visit a fast food restaurant. The message they want out there is virtually inescapable as I’m sure you have witnessed yourself when it’s time for the latest summer blockbuster to be released.

And all that can be done with $150 million. Now imagine a budget like $1 billion. Think about the power that has when unleashed on a population over a very short period of time. All that money being used to demonize half the population and pit the voters, not the candidates, but the voters themselves against each other. It’s very powerful, and it’s the reason we have the sudden rise in political and social division today. 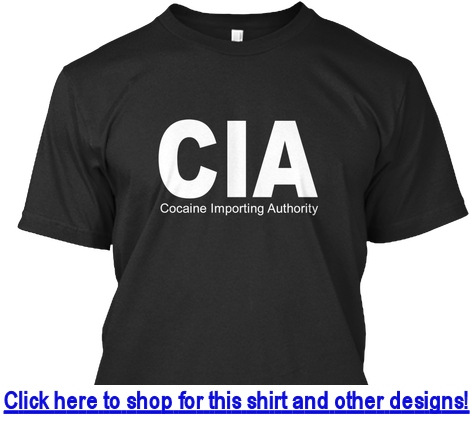 For proof of this we only need to look to Hillary Clinton’s campaign’s own internal emails which were leaked by Wikileaks in 2016. They talk of a “pied piper” strategy where they would try to rebrand the Republican candidates as “far right” and extreme. Which in the Democratic playbook, “far right” is code for racist. And that’s exactly what they did. Hillary Clinton, the DNC, and their friends in the mainstream media were on a full blown promotional tour painting half of the country that supports Trump as far-right racists. And it had the desired effect. They convinced a lot of unsuspecting people to hate their fellow Americans. But not only that, in a secret recording of Hillary Clinton at a campaign event, she called Trump supports irredeemable and not even Americans. You can see her quote below:

“You know, to just be grossly generalistic, you could put half of Trump’s supporters into what I call the basket of deplorables. (Laughter/applause) Right? (Laughter/applause) They’re racist, sexist, homophobic, xenophobic — Islamophobic — you name it. And unfortunately, there are people like that. And he has lifted them up. He has given voice to their websites that used to only have 11,000 people — now have 11 million. He tweets and retweets their offensive hateful mean-spirited rhetoric. Now, some of those folks — they are irredeemable, but thankfully, they are not America.”

Now just imagine that message with $1 billion behind it and you start to see how truly divisive and destructive it can be.

But as Mark Twain said, it’s easier to fool people than to convince them they’ve been fooled. So, many of those Americans who were tricked into believing Hillary Clinton’s $1 billion marketing plan still believe it to this day. And despite the evidence, the leaked emails, and the mainstream media’s complete implosion of credibility, they may still believe it for some time to come.

So when people talk about the unprecedented political and social division in this country, make sure to remind them how $1 billion was spent to cause exactly that.

Note: If you enjoyed this article, please make sure to share it. Also, visit our store where we feature different political and meme style T-shirt designs every week. Click here to visit our store!