Internet sleuths have been working overtime looking into a possible connection between the now debunked and staged attack on Jussie Smollett and 2020 Democratic presidential candidate Kamala Harris.

The earliest mention of this connection I could find was from an Anon post on the message board 4Chan. The user appears to make a connection between Harris and Smollett and mentions how Harris submitted an “anti-lynching” Bill (S.3178). It appears as though this is the the post got people looking into how well the two knew each other and if there was a connection between Smollett’s hoax attack and Harris’ anti-lynching Bill.

Important to note that very soon after Smollett went public with the alleged attack, Kamal Harris put out a Tweet where she compared the attack to a “modern day lynching”. Possibly looking to capitalize on the incident to promote her own proposed legislation. 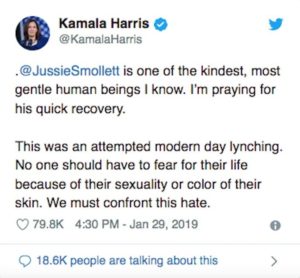 This is where people started looking into the connections between Harris and Smollett.

Several photos including the ones below show Harris and Smollett together at an MLK holiday event in 2018. Some forum posts have incorrectly dated these photos as being from January 2019, but it appears they are from an event in 2018. The photos themselves are authentic though and do appear to show that the two have had a working relationship of some kind in the past. 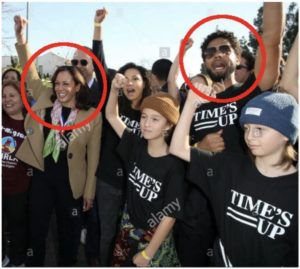 Below is a Tweet thread by Tariq Nasheed, a black filmmaker and media personality who had suspicions about Smollett’s story and Harris’ involvement. The full Tweet thread can also be seen here.

1. Let me do a quick thread about this Jussie Smollett hoax. Because we need to ask questions about who else was involved in this hoax. I have always been critical of the deceptive tactics of the white LGBT community.
Now as we know, Jussie has campaigned with Kamala Harris pic.twitter.com/Ji5IN2DrXA

As Smollett’s story continued to fall apart and even the mainstream media was admitting the attack was most likely a hoax, Kamala Harris was asked about her previous Tweet and support of Smollett. Her response received much criticism as she suddenly pretended to know very little about Smollett, the Tweet, or the case itself.

So with suspicions and questions piling up, there was a new development that added fuel to the fire.

Police filed formal charges against Smollett on February 20th. But a day before, the Cook County States Attorney Kim Foxx recused herself from overseeing the case.

Foxx stated that the reason for the recusal was her familiarity with possible witnesses in the case but would not elaborate further. However, a recent Tweet showed that Foxx considered Kamala Harris a mentor.

I’m told this is why Kim Foxx recused in the Smollett case https://t.co/qEJp6Nz3IM

It also appears as though Harris was the co-chair of Foxx’s transition team when she became States Attorney. 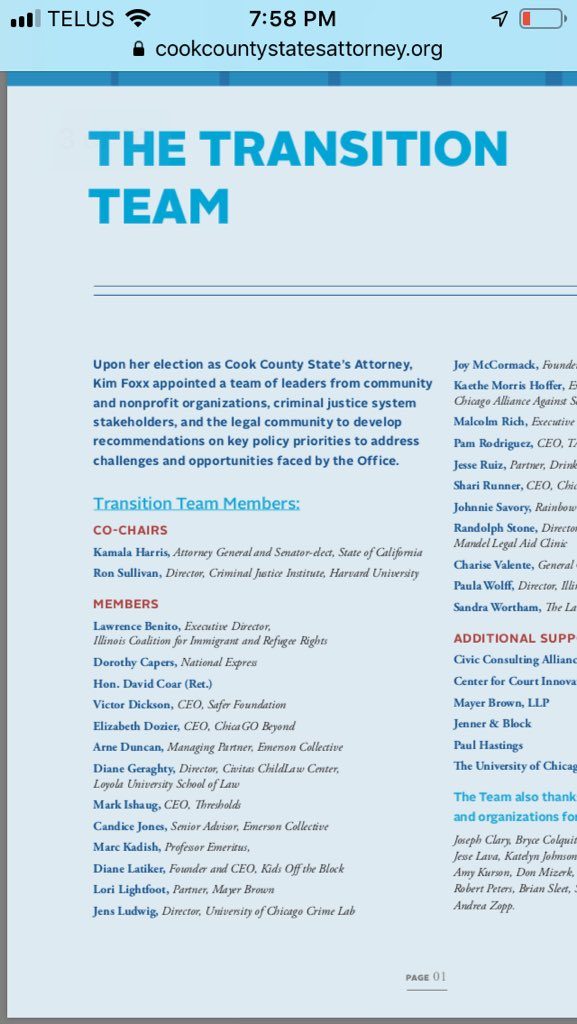 So while on the surface the Smollett case seems entirely unrelated to Kamala Harris other than her ill-informed Tweet on the matter, the States Attorney’s decision to recuse herself for what seemingly is her relationship to Harris seems to beg certain questions.

Some are now speculating that the two Nigerian brothers who were involved in the staged attack and are now cooperating fully with police may have made statements that suggest Jussie Smollett concocted the idea partially as a way to help Harris and her anti-lynching legislation. Of course, this is pure speculation at this point and police have not released any information confirming such a motive.

In my opinion, the recusal by Kim Foxx is probably the biggest piece of this puzzle. The reason for her recusal doesn’t make much sense once you think about it for a moment.

Foxx claims that she is familiar with certain witnesses in the case. It has been reported that those “witnesses” were members of Smollett’s family and Foxx worked as a go-between for the family and police. But why would Foxx be talking with family members while the police were still investigating and had not yet filed charges?

Such behavior for a States Attorney is not at all normal and could suggest either special treatment or that discussions were going on behind the scenes that were not exactly congruent with what police investigators were uncovering.

Was Foxx trying to broker some kind of deal? Had she been contacted by Kamala Harris about the investigation and if so, are those communications on record and that’s what forced Foxx to recuse herself out of fear they may become public during a trial? Hopefully we can start to get the answers to some of these questions soon.

But as of now, we have a lot of suspicious links between Smollett, Harris, and the Cook County States Attorney Kim Foxx. But it looks like we will have to wait for further information on just what the two Nigerian friends have admitted to in their statements to police before we can confirm any of the suspicions.

Note: If you enjoyed this article, please make sure to share it. Also, we are now advertising-free! To support our site and content visit our shop full of exclusive pro-American and meme inspired gear. Click here to visit our store.;