While the media has started their full court press in earnest on Monday in an attempt to remove all doubt that their declared winner Joe Biden actually is the next president, there are some very clear signs that even the Biden camp knows it’s not going to last.

Below are three key elements that suggest the Biden camp, as well as Democrats know that their winner is soon going to have that title stripped.

China – I think we can all agree that China and Trump are not friends, not even close. So I’m sure the CCP would love to gloat over Trump’s loss. In the past they haven’t been shy about sending subtle jabs towards Trump using official state outlets. However, after the declaration of Joe Biden being the winner, the CCP has refused to acknowledge it and instead have stated they want to wait until American legal proceedings play out. A spokesperson for the Chinese foreign ministry released the following statement:

“I noticed that Mr Biden has declared victory of the election,” … “We understand that the presidential election result will be determined following US laws and procedures.”

It’s pretty clear what’s going on here. The CCP and Xi don’t want to embarrass themselves. The CCP is very concerned with appearance and posting a congratulation to the wrong candidate would be considered an embarrassment, much more so than if a western leader were to do that.

This is a clear indication that members within the CCP have studied the U.S. election closely and have determined Joe Biden will most likely not be the winner when all is said and done. If they felt Joe Biden was the winner, they would waste no time sticking it to Trump as publicly as they could.

Russia – We have a very similar case happening with Russia. Although the U.S. and Russia have better relations than with China, the fact that Russia refuses to congratulate Biden suggests they too have reservations as to whether his declaration of victory will stand up.

“Anticipating your possible question about Putin’s congratulations to the US president-elect, I want to say the following: we consider it proper to wait for the official results,”

The U.S., Israel, Britain, China, and Russia have the most sophisticated foreign intelligence services in the world. When two of these refuse to accept Joe Biden as the winner, it’s a very strong sign they believe Trump will ultimately be victorious.

Joe Biden’s (lack of) legal team – You would think if the GOP was actively filing federal lawsuits looking to reverse your victory, you would start assembling a top-notch legal team to defend your win.

But as of now, Biden’s camp is doing very little in the way of forming a legal team that can do battle in several different states at once. He has told donors in private conference calls that he has deployed lawyers to various states, but no real action appears to have been taken.

Of course, one might argue that he’s confident he will win, and no legal team is needed. But that’s simply not how the real world works. If a powerful entity is filing legal action, you have to respond with a legal defense made up of lawyers.

In this case, the Trump campaign is filing action against the states, not Joe Biden himself, but there is no reasonable explanation as to why the Biden team has been so silent on their legal strategy.

The total lack of seriousness for this process by the Biden camp suggest one of two things. Either they are so confident that every case will be thrown out that they don’t even need to bother hiring a single lawyer. Or two, they know their fight is ultimately a losing one, and Trump will succeed in overturning the election results in several states.

So these are three items to keep an eye on. What people say publicly is often much different than what their actions suggest. In this case, the actions of the Joe Biden campaign suggest they have no interest in fighting this in the courts, and Russia and China may already be well aware of that. 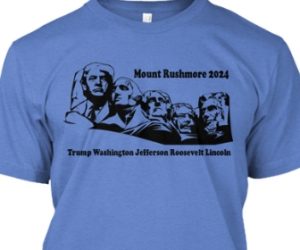