However, it wasn’t long before members of /pol and Reddit uncovered her past Tweets which paint a disturbing picture of anti-white racism.

Below are some of her quoted Tweets:

“Oh man it’s kind of sick how much joy I get out of being cruel to old white men.”

“Dumbass fucking white people marking up the internet with their opinions like dogs pissing on fire hydrants.”

“Are white people genetically predisposed to burn faster in the sun, thus logically only fit to live underground like groveling goblins”

You can also view a compilation of these Tweets that are currently being archived by various forum members. 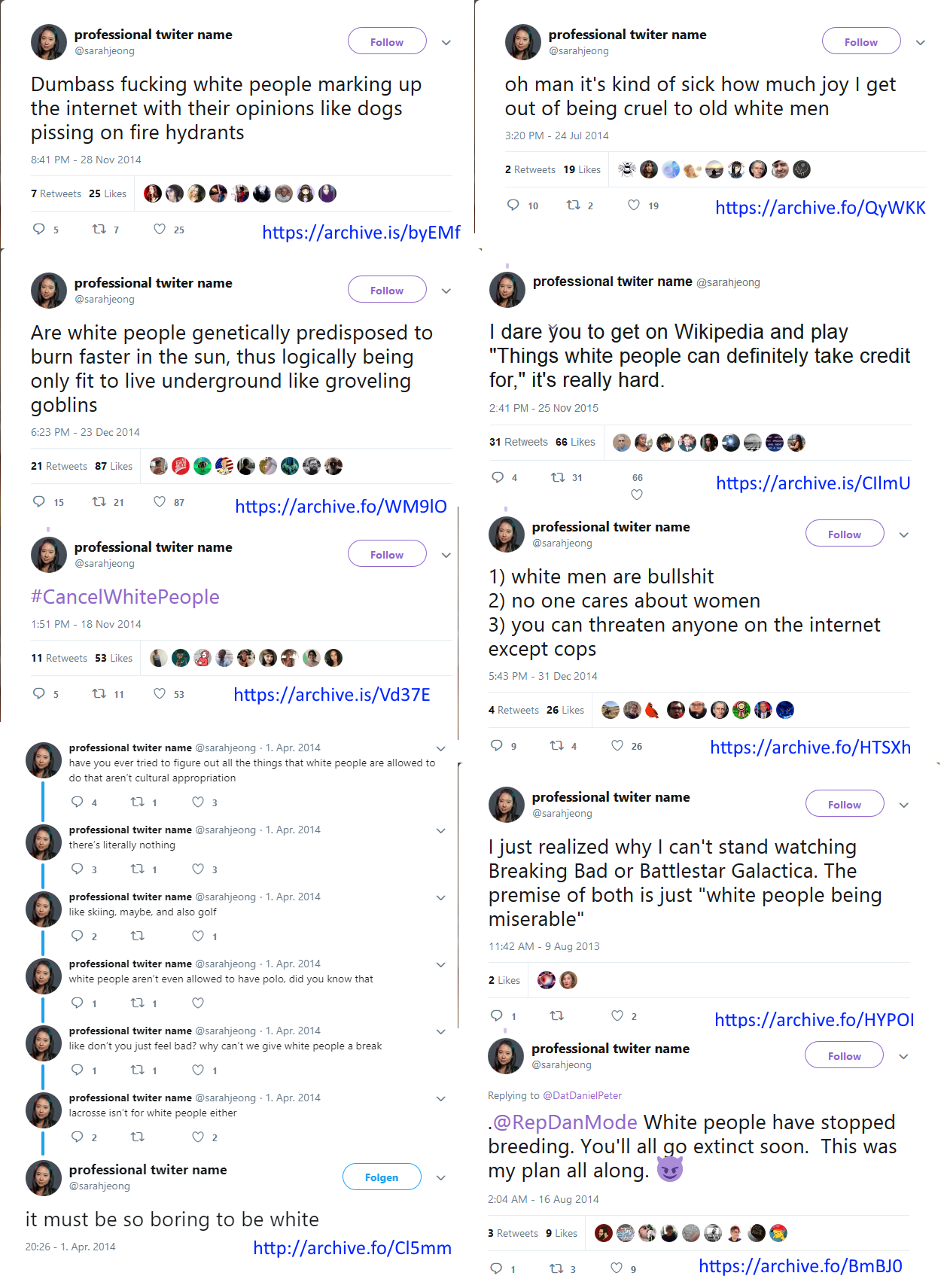 Jeong, who currently works in Portland (no surprise) apparently will be writing on topics such as technology, so it will be interesting to see if she will address how past Tweets can come back to haunt you in this modern technological age.

Also, it will be interesting to see if the New York Times was aware of her past obsession with anti-white rhetoric before they hired her. Perhaps they will simply say these are were all just “jokes”, the same way the media has tried to defend James Gunn over his pedophilia obsession that was recently revealed by his own past Tweets.