If there is one thing you may have noticed in all the craziness going on with Progressives and SJW culture lately, it’s that they are trying to rewrite history to make people believe the dark ages were just a few short years ago,and for the most part, still here to this day. In their version of history, virtually no minority group had any rights until the “Progressive saviors” of the liberal elite started fighting for them just in the last few years. Of course, this is nothing but more virtue signaling where elite liberals try to take credit for advancement that took decades, and they had nothing to really do with it but want to take credit for it nevertheless.

One way to easily blow up this narrative is to simply go back into pop culture history and look if what you find agrees with the Progressive and SJW narrative.

So let’s first look at LGBTQ rights. If you were to believe Progressives, you would think that gay people were being shot dead on site just a few years ago. But the truth is, a majority of Americans had no issue and accepted gay people for decades. For example, in the 1980’s, one of the most successful artists was Boy George. An androgynous, gender fluid gay man. 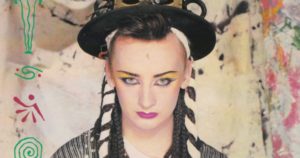 Boy George was able to earn $35 million during his career and spent 43 weeks in the top 75 on global music charts, even spending 2 weeks at number one in 1987. He was a cultural icon of the entire decade, and all of this was almost 40 years ago.

But there is one big difference between today and 1987. In 1987 parents were not actively pushing the lifestyle of Boy George on their children in a misguided attempt to virtue signal as they are today. Instead, his lifestyle was simply accepted. That is a big difference from today where Progressive SJW culture not only wants certain lifestyle choices to be accepted, but they also want them to be promoted to children who are too young to understand such things. This is just one more of the toxic side-effects that modern SJW culture has brought us.

Next, let’s look at strong female roles in Hollywood movies. If you were to believe Progressives and SJW culture, women were nothing but background scenery until virtue signaling movie producers decided to remake old movies like Ghostbusters but with an all female cast. A move that turned out to be a box office flop by the way as movie goers saw right through this obvious virtue signaling.

But if we go all the way back to 1979, we see a strong female lead character played by Sigourney Weaver in the movie Alien. Alien was a huge commercial and critical success and defined the sci-fi horror genre for decades to come. In Alien, Sigourney Weaver’s character Ellen Ripley takes the lead when her crew needs her the most. She plays one of the strongest characters ever, male or female, and audiences loved it. The movie was a hit and spawned an equally popular sequel, Aliens. In Aliens, Weaver once again plays the role of a strong female leader who steps up when the men around here are not up to the task. 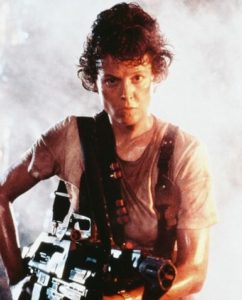 But once again, progressives would have you believe that women were treated as nothing but eye candy back in the “bad old days”. But here we see that almost 40 years ago, Americans loved and accepted the idea of a strong woman in a leading role. This goes completely against the Progressive and third wave feminist narrative that America is frightened by the idea of a strong and independent woman. But as we can see, America has no problem which such a thing, and in fact has loved strong female roles on the big screen and in real life for decades and decades.

You can go back 30 and even 40 years and find countless examples like these that simply blow up the Progressive narrative that America has been a horrible place until just the last few years when SJW culture decided to take credit for “saving” these poor minority groups as they see them. But it’s all just a giant con, a way for them to once again feel like the saviors of those that they see as below them and unable to fight for themselves. It’s the worst kind of virtue signaling as they try to rewrite history and take credit for something they had nothing to with. And not only that, it continues their own twisted narrative that the people they fight for are not capable of fighting for themselves.

Now of course, America has had some dark moments in the past as all countries do, but they are exactly that, in the past. As a country we all got better. So don’t fall for the Progressive SJW narrative that tries to rewrite history to say that we are still in or on the verge of those same dark moments today.